ABP Agricultural Mulch Film is made from Mater-Bi™. What is this?

Mater-Bi™ is an innovative family of bioplastics, created by Novamont in Italy, that uses components obtained from plants, such as cellulose, glycerin, natural fillers and non-GMO starch obtained from various crops. Mater-Bi™ comes in granular form, and is then processed to create products whose properties and characteristics of use are very similar to those of traditional plastics, but at the same time, they are biodegradable and compostable according to Australian and international standards (AS4736-2006, UNI EN 13432).

Are starch and ingredients obtained from GMOs used to produce Mater-Bi™?

Whenever, the GMO origin cannot be excluded because additives are sourced in markets and geographical areas where GMO organisms are already grown, Novamont takes part to off-set programs in order to assure the growth of non-GMO crops proportionally to the additives.
How effective is ABP agricultural mulch film?

ABP agricultural mulch film has the same mechanical properties and usage characteristics to those of traditional plastic mulch film, as proven by a wealth of independently collected test data and years of successfull use in the field.  It will do the job of traditional plastics film but with many more added benefits to the user and the environment.

How may I recognize a biodegradable agricultural mulch film?

Biodegradable mulch film are certificated according to biodegradability and compostability certifications, based on international standard such as EN13432-2002, AS 4736-2006, ASTM  D6400 and D6868, ISO 17088 and ISO 18606. One of the most recognized logo in the world is the “Ok Biodegradable in soil”, released by the Belgian accredited and independent certification body AIB Vincotte.

What are the advantages of using ABP Mulch Film over traditional plastic?

By choosing biodegradable mulch film, productivity is maintained, there are saving of time, labour and disposal costs, all with a low environmental impact.

What does biodegradable mean?
What is the Australasian Bioplastics Association?
What is the difference in meaning between renewable origin and fossil origin?

Which is the difference between biodegradation and fragmentation?

Biodegradation in the soil is a natural process due to the action of micro-organisms.

Residual breakdown products of biodegradable films after the cultivation period should not be toxic or persist in the environment, and should be completelytransformed into organic substances, water and carbon dioxide by means of soil micro-organisms in a reasonable time frame. These safe features are certificated by biodegradability and compostability certifications, based on international standard such as EN13432-2002, AS 4736-2006, ASTM  D6400 and D6868, ISO 17088 and ISO 18606. One of the most recognized logo in the world is the “Ok Biodegradable in soil”, released by the Belgian accredited and independent certification body AIB Vincotte.

On the market there are several different mulching films claimed as “biodegradable”, however most of them are oxo-degradable products, composed by traditional plastics material and additives, able to trigger the fragmentation of the films, but not its biodegradation.

The resulting fragments will remain in the environment.

If oxo-fragmentable plastics are littered and end up in the landscape they are supposed to start to disintegrate due to the effect of the additives that trigger breakdown. Consequently, plastic fragments would be spread around the surrounding area. As ultimate biodegradability has not been demonstrated for these fragments, there is substantial risk of accumulation of persistent substances in the environment. 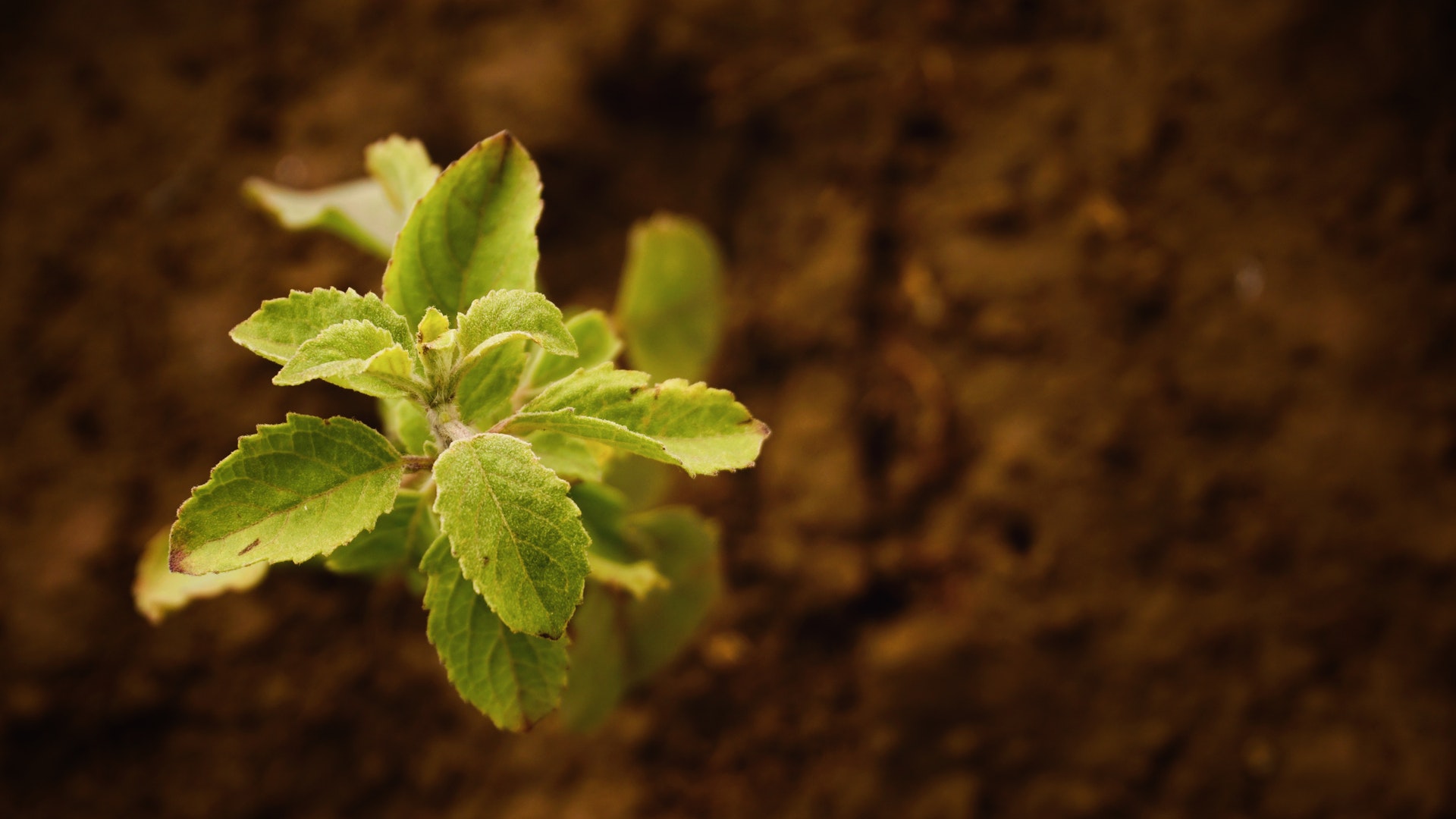 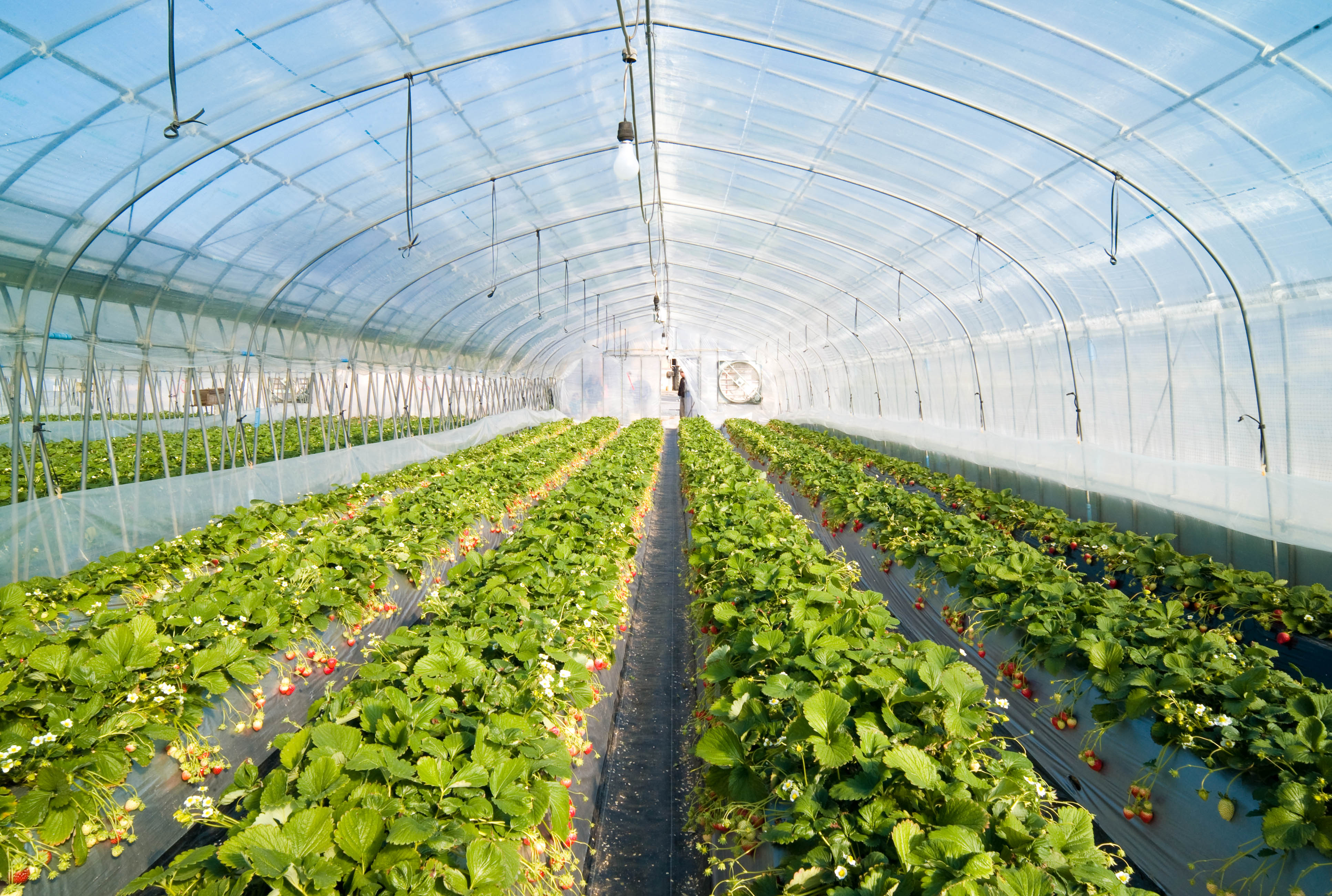 Plastic is most definitive not fantastic, especially for [...] 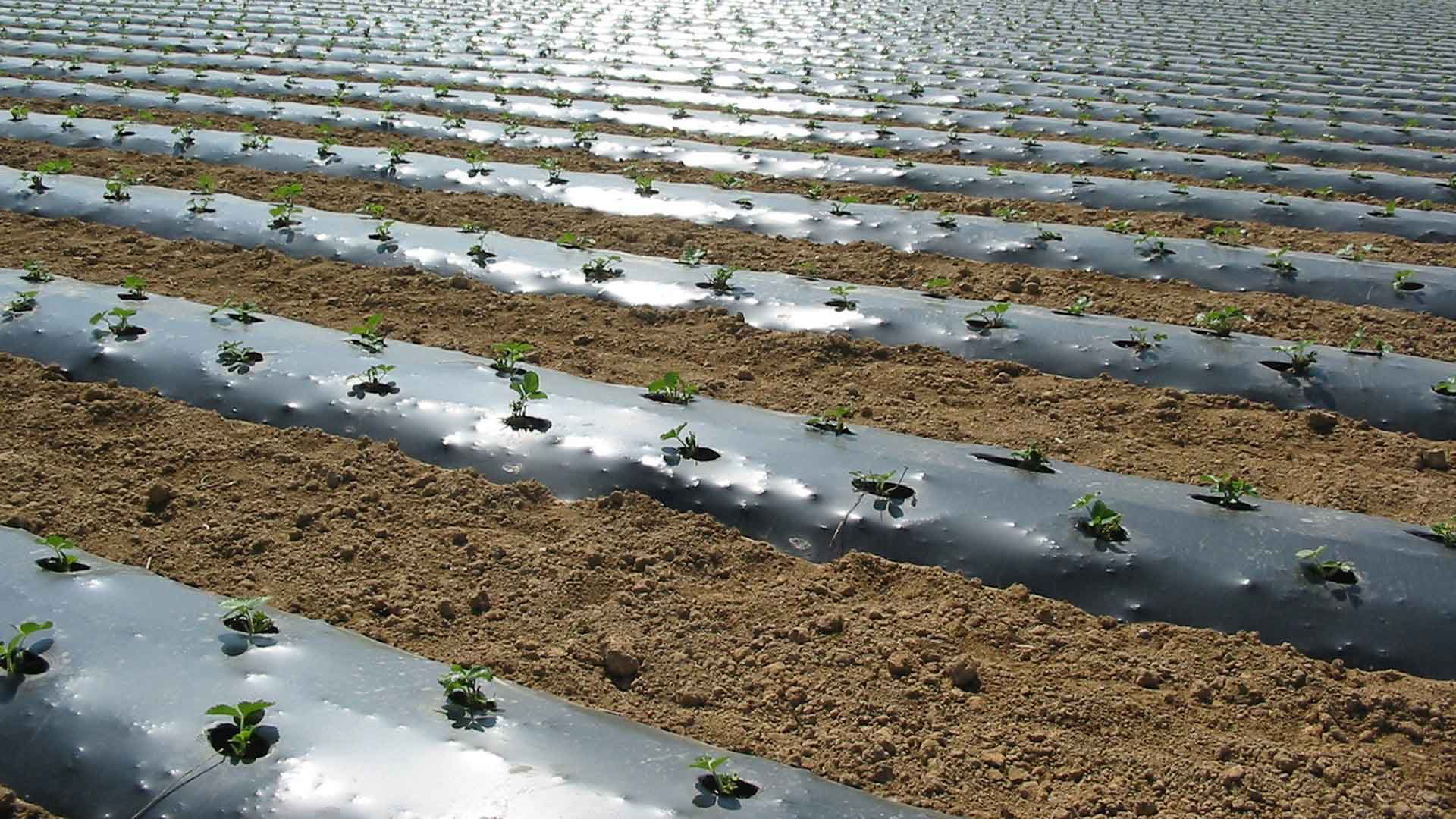 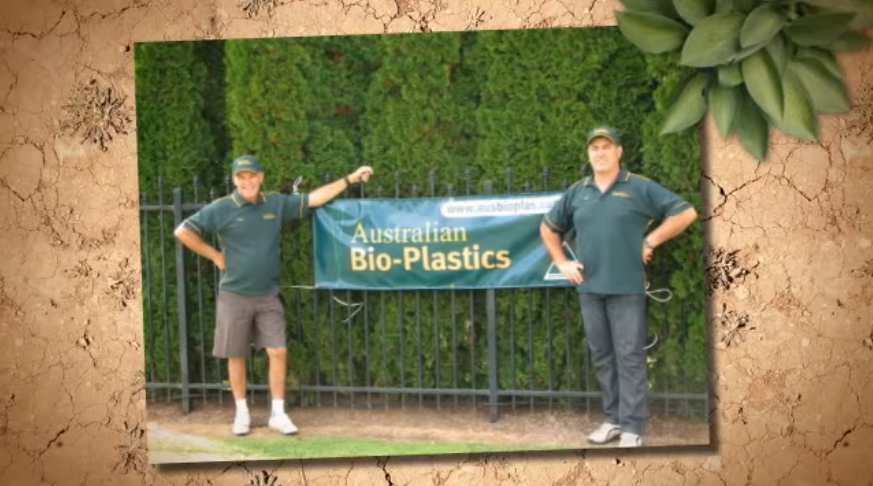 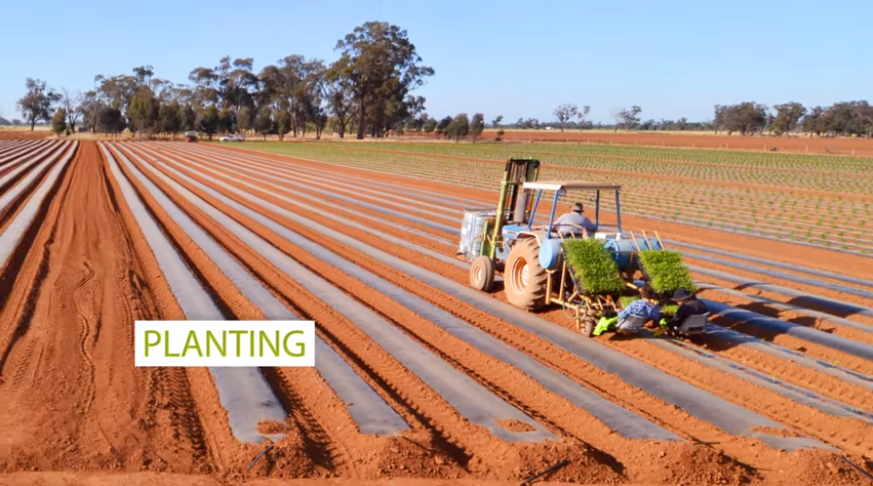 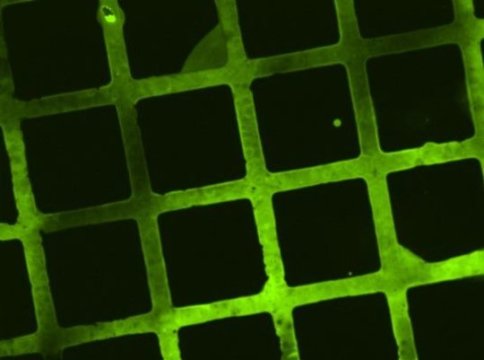 Tonnes of agricultural plastic waste are pilling up [...] 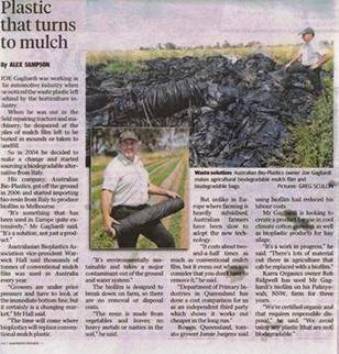 Plastic that turns to mulch

We are pleased to report the  following article [...] 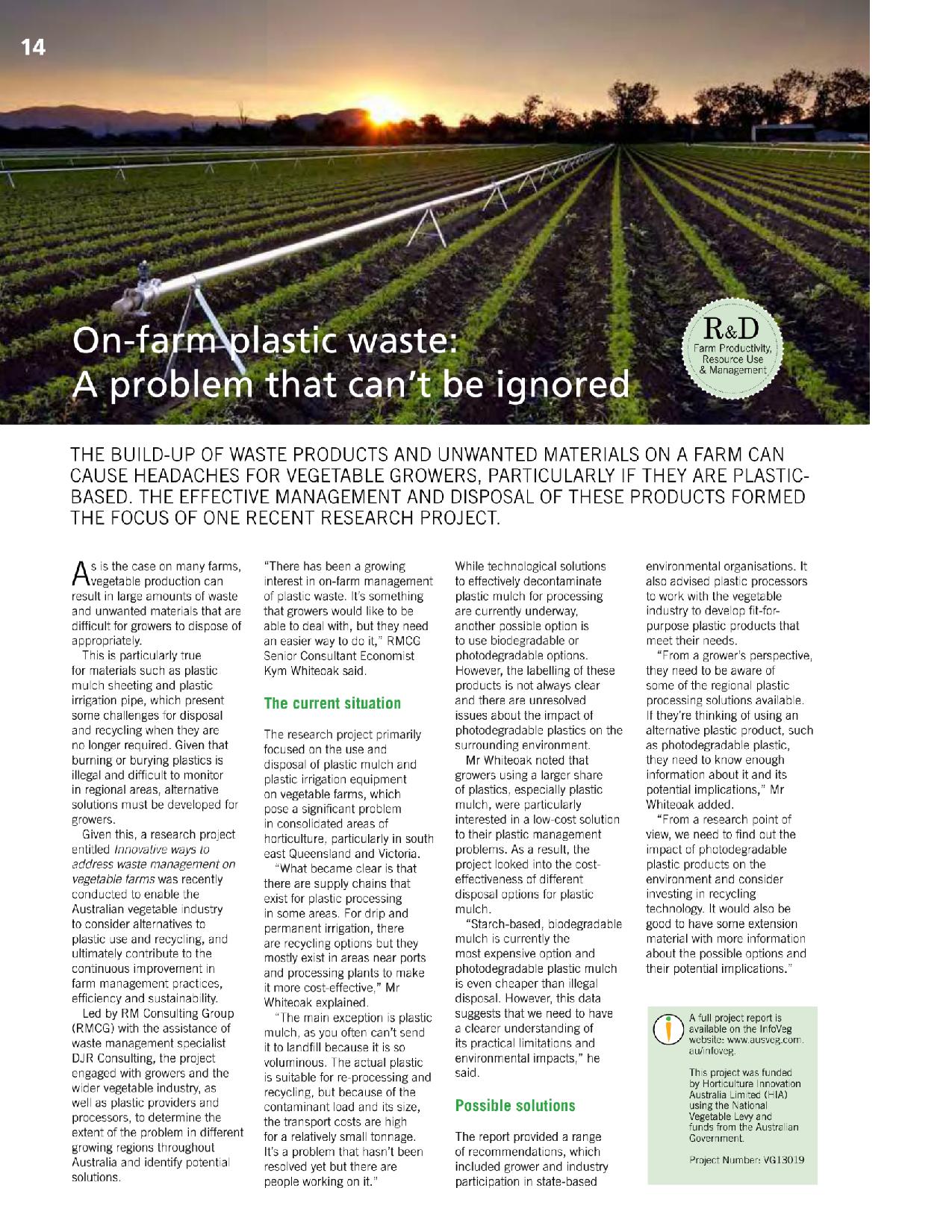 On-farm plastic waste: a problem that can’t be ignored

On-farm waste products, particularly if they are plastic based, can [...]

Australian Bio-Plastics on the “Bowen Independent” 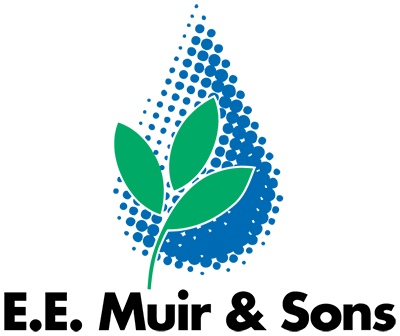